As National Forest Week is celebrated across the country, Forest Products Association of Canada (FPAC) is seizing the opportunity to announce the recipients of its annual Awards of Excellence program. Today, FPAC announced that Susan Yurkovich of the BC Council of Forest Industries (COFI) & BC Lumber Trade Council, Mark Tamas of Tolko Industries, and Joerg Goetsch of Mercer International have each been honoured with the Lifetime Achievement Award from Canada’s forest products sector.

The Lifetime Achievement Award is presented to current or former industry leaders who have made exceptional, sustained, and significant contributions to the forest products sector.

“FPAC introduced the Lifetime Achievement Award as a means of paying tribute to the incredible people who have made it their life’s work to drive Canadian forestry forward,” said FPAC President and CEO Derek Nighbor.  “The unwavering vision and leadership of Susan, Mark, and Joerg over the course of their respective careers has been an inspiration to the companies and individuals that have been fortunate to work with them,” Nighbor added.

Susan Yurkovich has held leadership roles in the natural resources sector for more than 25 years. For the last seven years she has led the BC forest industry as President and CEO of the BC Council of Forest Industries. She continues to serve as President of the BC Lumber Trade Council representing the interests of the BC forest industry on trade matters, including the Canada-U.S. Softwood Lumber Agreement.

Ms. Yurkovich started her career in the forest sector, spending a decade with Canfor where she was Vice President, Corporate Affairs. After leaving Canfor she consulted to the sector for a couple of years before joining BC Hydro. As Executive Vice-President responsible for the Site C Hydroelectric Project, Susan led the multi-billion-dollar project through the complex development phase including engineering design, environmental assessment and regulatory review and permitting. The project received final approvals in December 2014 and is now under construction.

Born and raised in British Columbia, Ms Yurkovich currently serves as a Director of Centerra Gold, FortisBC and Vancouver College, and as a member of the Faculty Advisory Board at UBC’s Sauder School of Business. She is a past Governor of the University of British Columbia and the Business Council of BC and a past Director of VGH & UBC Hospital Foundation, Pharmasave Drugs (National), Vancouver Coastal Health Authority and the Vancouver Board of Trade.

Ms. Yurkovich holds both a Bachelor of Arts and Masters of Business Administration from the University of British Columbia and a Diploma in International Business from Erasmus University, Netherlands.

“I feel so fortunate to have had the opportunity to work in the forest sector over so many years – an industry with both a proud history and a bright future that contributes so much to the quality of life we all enjoy. The best part has been getting to know and work with many of the amazing people across our country that make this business so great, including my friends at FPAC. Thank you so much for this honour.”

Upon his retirement from a 32-year career with Tolko and its predecessor companies, Mark Tamas has held numerous roles including Logging Supervisor, Planning Forester, and Woodlands Manager. He moved to Vernon in 2000 and worked as Woodlands Manager and Divisional Manager at Lumby, as well as Okanagan Regional Woodlands Manager and then Chief Forester in 2013. Mark represented Tolko in three provinces with the federal government on matters relating to sustainable forestry. He has led Tolko’s Forest Certification program and been Tolko’s lead on the Species at Risk file. Mark is respected amongst industry peers and is considered a statesman and mentor. He has represented Tolko on a variety of collaborative committees in BC, Alberta, and Saskatchewan and with Forest Products Association of Canada, Chairing the Forestry Committee for five years and participating on the National Species at Risk Roundtable. Mark has been described by many of his colleagues as a community-focussed forest professional, a skilled communicator, and as an advocate for sound, sustainable forest management.

“It is humbling to be recognized by your peers for work you truly enjoy doing. I am truly grateful for the years of mentorship and guidance I received from my employers and work colleagues. Working for Tolko and the Thorlakson family has been an honour. My entire adult life has been framed by two things: my family and forestry. The balance is important, I wouldn’t have accomplished as much without both influencing and guiding me personally and professionally. The communities I lived in, the friends I’ve met and the forests and landscapes in western Canada that I’ve had the privilege to walk through and help manage have all created lifelong memories. I am grateful for the support and advice I received from the entire FPAC team. They all do an amazing job in representing our sector and advocating the science and benefits of sound forest management”

Joerg Goetsch recently retired after a career as an experienced operational leader and collaborative team partner with the strategic vision for leveraging new technology and industry best practices to help innovate and grow business opportunities. As an active member of the forestry community, he has participated in senior level business steering committees and industry-specific thought leadership groups with the goal of sustainably managing and improving the forest sector. He served on the Board of Directors of Alberta Innovates from 2011 to 2017 and served seven years as President of the Peace River Logging Corporation, a successful partnership between Mercer and the Woodland Cree First Nation that provides economic opportunities in forest harvesting, processing, and transportation in Northwest Alberta. In 2000, Goetsch became the first person in Alberta to become a Registered Professional Forester through the College of Alberta Professional Foresters’ Syllabus Program. In 2018, Joerg was awarded an honorary Bachelor of Technology degree in Technology Management from the NAIT.

“I feel deeply honoured to be chosen to receive FPAC’s 2022 Lifetime Achievement Award. There are so many great people working really hard at ensuring that our forest industry evolves and creates opportunities for the future. I chose my career in forestry because of its natural sustainability. Little did I know that carbon, ecosystem services, product substitution, First Nations reconciliation and Species at Risk management would become such a central and intertwined driving forces on our industry. I feel very blessed to have had the opportunity to work with the fantastic staff of FPAC, which I believe have made this association one of the most effective industry associations in Canada.” 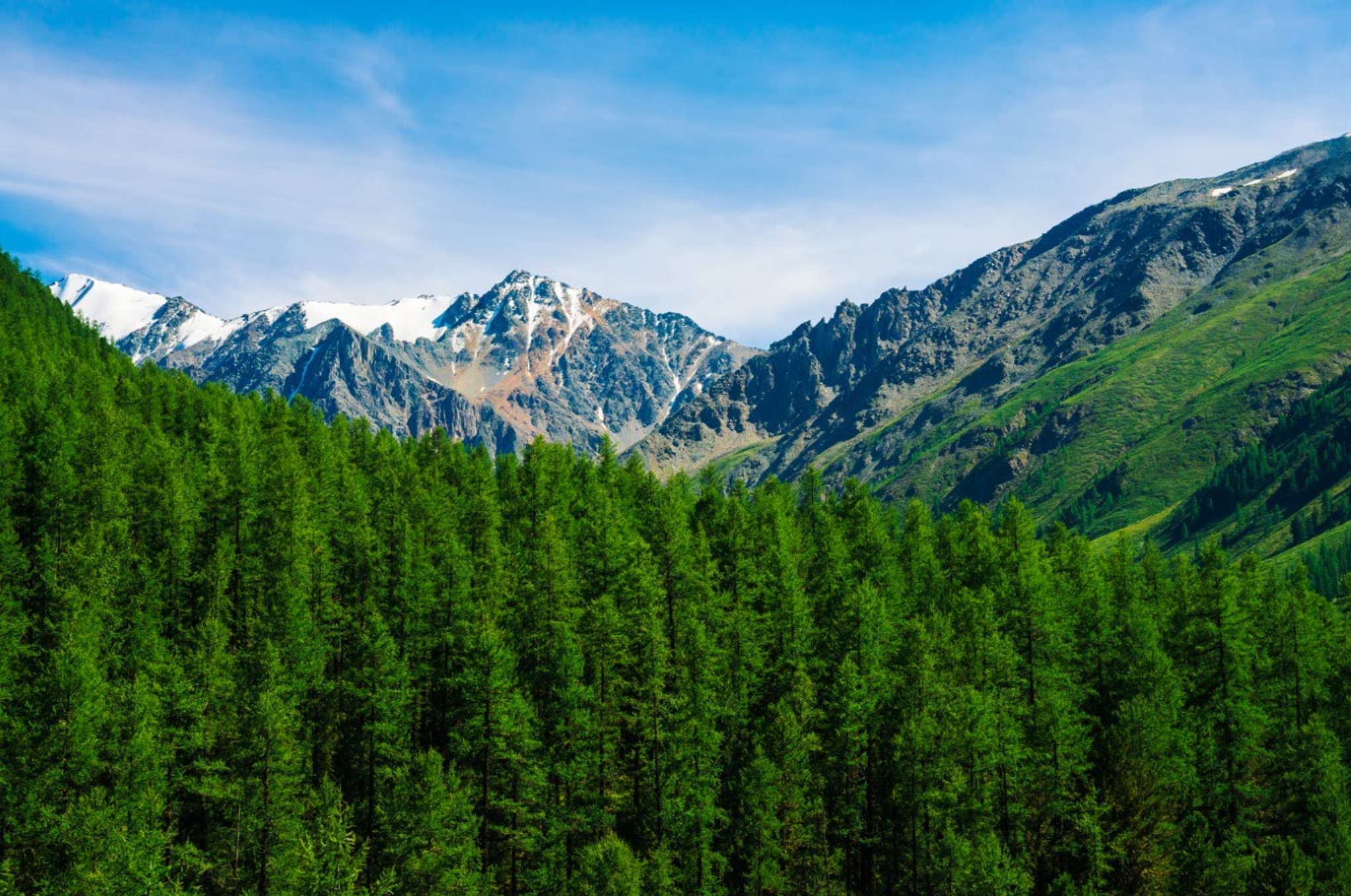 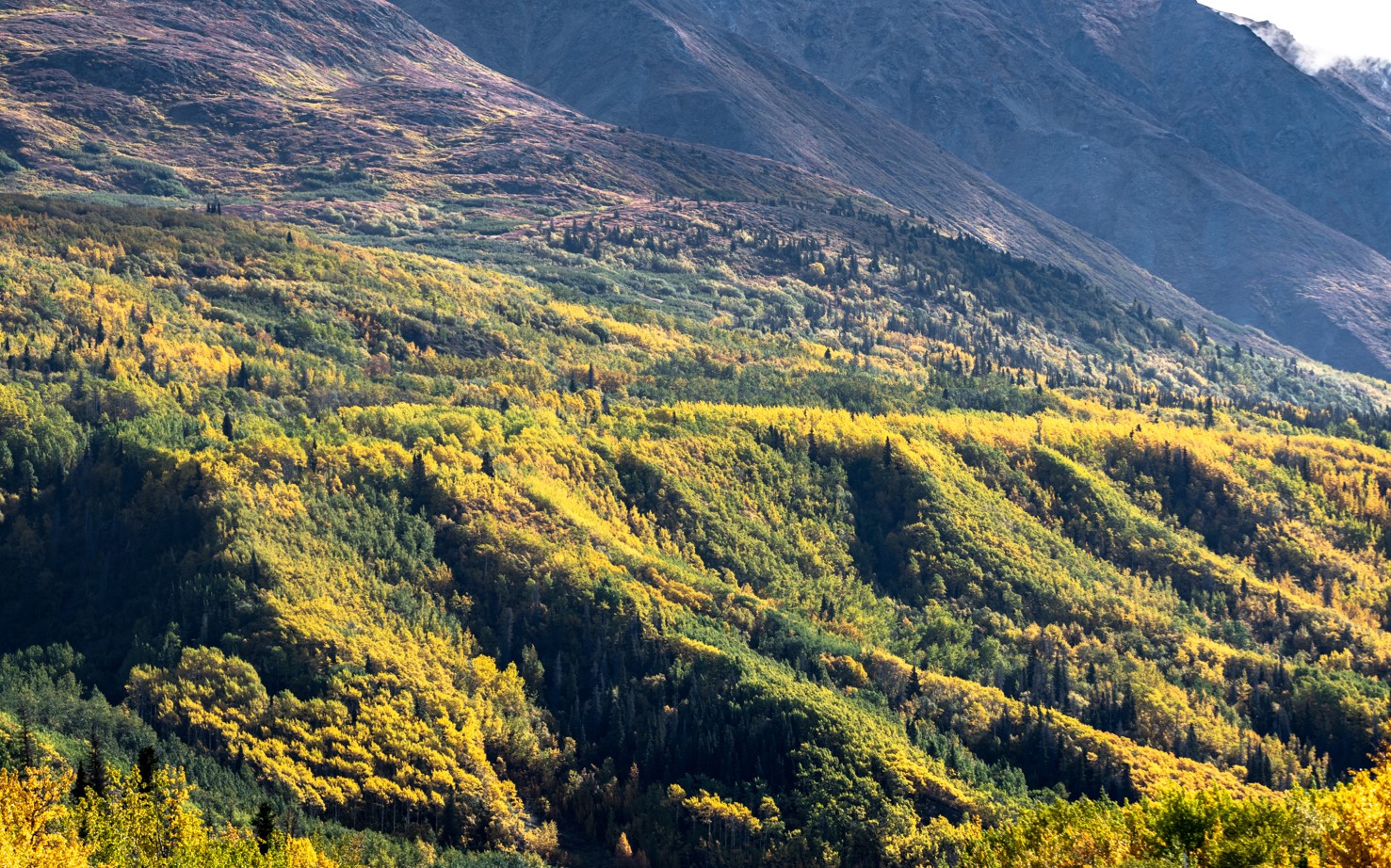 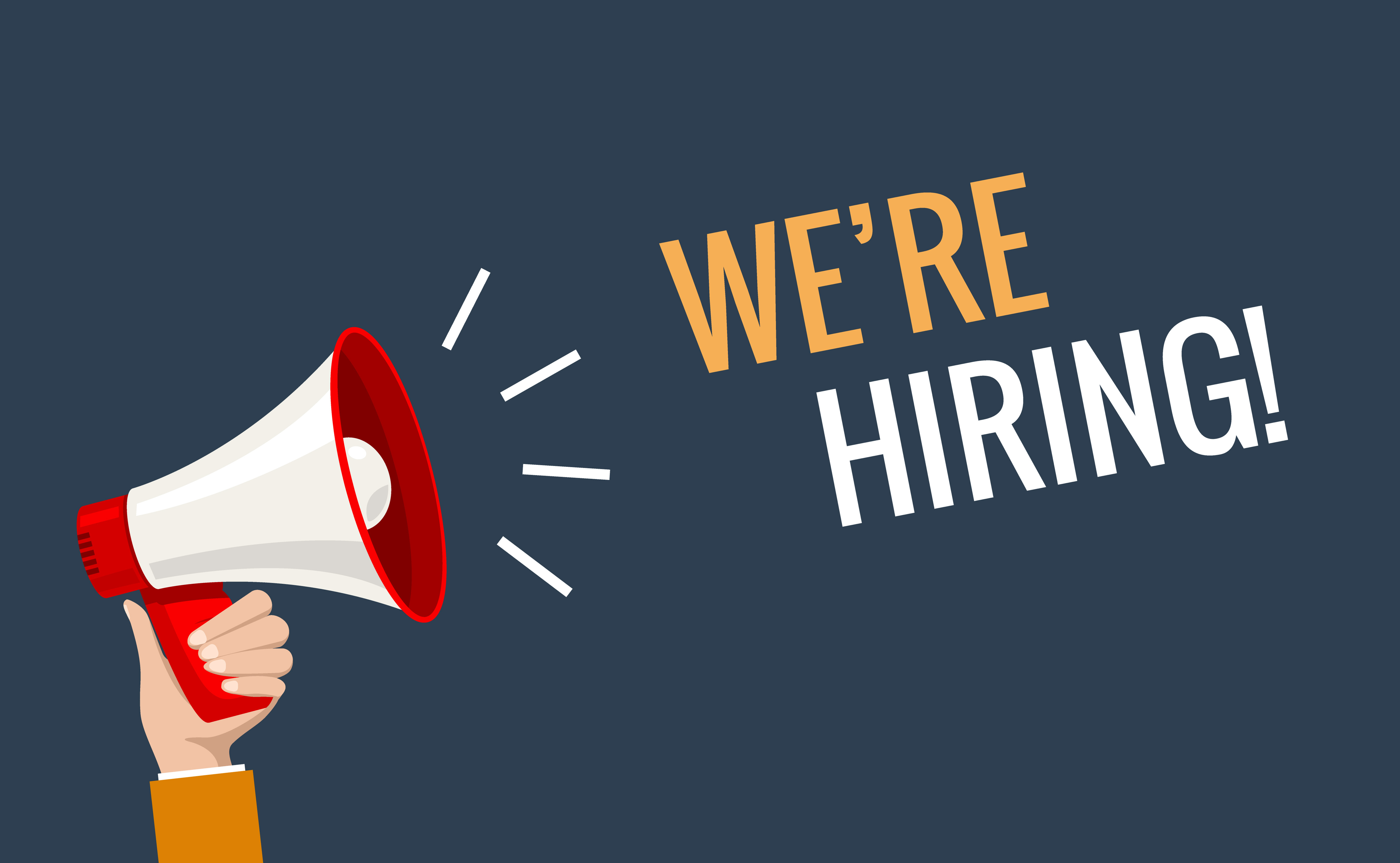 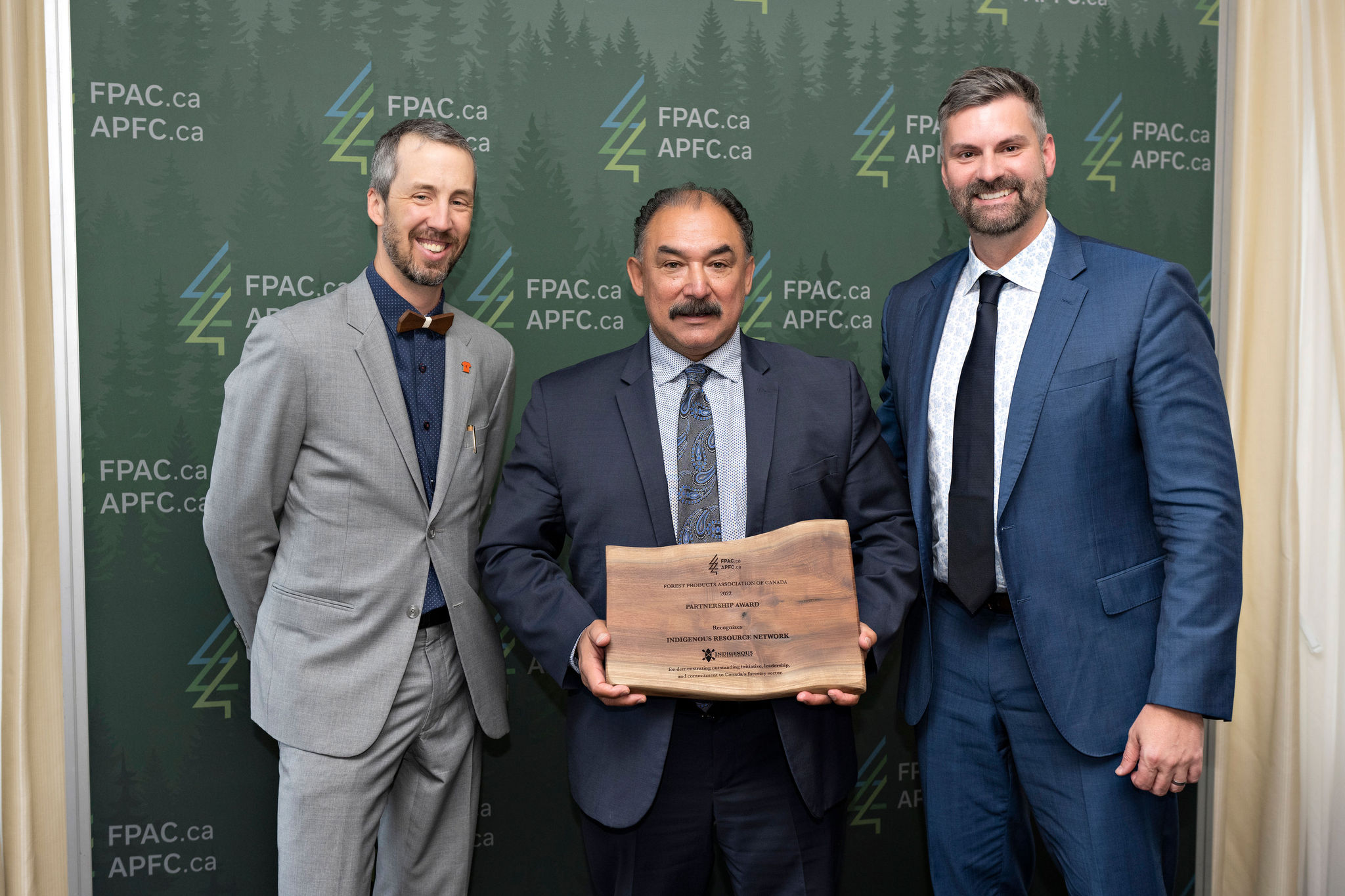