As National Forest Week is celebrated across the country, Forest Products Association of Canada (FPAC) is seizing the opportunity to announce the recipients of its annual Awards of Excellence program. Today, FPAC and TELUS announced that Member of Parliament Todd Doherty, Dawson Creek Mayor Dale Bumstead, Radium Hot Springs Mayor Clara Reinhardt, and Alberta Northwest Species at Risk Committee, are being honoured as Community Champions by Canada’s forest products sector.

“In their own special way, each of those being recognized today have demonstrated an ongoing commitment to the advancement of sustainability and responsible resource development in Canada,” said Derek Nighbor, President and CEO of FPAC. “From a federal and local government perspective, and as an organization dedicated to species management, those being honoured have provided a strong and thoughtful voice and truly represent what it means to be a community champion. We thank each of them for their service and dedication.”

FPAC’s Community Champion award, sponsored by TELUS, is presented to community leaders who demonstrate support for the forest sector and its contributions to Canada’s environmental, economic, and social priorities.

“TELUS is pleased to recognize leadership in Canada’s forest sector, and to honour the achievements of its community partners,” said Geoff Pegg, Head of Sustainability & Environment at TELUS. “These leaders are making the future friendly through their support of sustainable forest management and the benefits that Canadian forestry brings – particularly to the hundreds of rural, Indigenous and northern communities across our great country,’ he added.

Todd Doherty - Member of Parliament for Cariboo—Prince George, BC

Growing up in a forestry family, Mr. Doherty is intimately familiar with the issues and challenges facing this important industry. As a young man, Mr. Doherty drove skidder, loader, tied chokers and ran chainsaw as a buckerman in the Cariboo Chilcotin. Mr. Doherty's forestry roots run deep; he's proud of them and he's fiercely proud to stand up for and champion our hardworking families who depend on forestry for their livelihoods. Mr. Doherty was first elected in October 2015, re-elected in 2019 and again in 2021 – and has been a strong advocate for the Canadian softwood lumber industry. In the previous Parliament, Mr. Doherty served as the Special Advisor on Mental Health and Wellness in the Conservative Shadow Cabinet. MP Doherty has also served as Shadow Minister for Transport, Fisheries, Oceans, and the Canadian Coast Guard, as well as Shadow Minister for the Asia-Pacific Gateway.

“As a long-time supporter and defender of Canada’s forestry industry in Parliament, it is an honour to receive FPAC’s 2022 Community Champion Award sponsored by TELUS. Growing up in a forestry family in northern British Columbia, I know firsthand how important this industry is to our region and to our country. Rest assured, I will continue to be a strong advocate for a softwood lumber deal and will remain steadfast in my fight for solutions to address the job losses our forestry industry is facing.”

Mayor Dale Bumstead was born and raised in Dawson Creek where he and wife LuVern raised three children and have six grandchildren. Mr. Bumstead worked for 32-years with Insurance Corporation of British Columbia (ICBC), the last 12 years as Regional Vice President of Operations and Vice President of Broker Relations and Sales. Dale served a six-year term on the Board of Northern Health, chairing the Performance and Planning Committee and serving two years as Vice Chair of the Board. Dale also served on the Board of the Lakeview Credit Union for 13 years and served as Chair of the Board for 10 years. Dale is currently in his ninth year as the Mayor of Dawson Creek.

“A healthy economy is critical in building a vibrant quality of life for the residents of our community.  Forestry has been the economic engine of British Columbia for decades, and is so important to our city, region, and province. Building relationships with our Indigenous neighbours has strengthened our ability to help build investment certainty in the resource sectors in our region. We could not be prouder of our industry partners, helping to build partnerships and relationships for a strong and viable future, and supporting sustainable and responsible resource development. I am very proud that Forest Products Association of Canada has recognized me as a Community Champion.”

Raised in a farming community in Alberta, Clara Reinhardt moved to Yellowknife after High School and lived north for the next 25 years. After raising 3 children, working in a variety of industries including Water Safety, First Aid and Adult education, Banking and Business, moved to Radium Hot Springs when her husband retired in 2005. Elected to Council in 2008, she became Mayor in 2014. In the past 14 years, Clara says she has had a crash course in the Forestry industry through Mill Tours, Community Advisory Groups, Public Advisory Groups, the BC Council of Forest Industries (COFI) and relationships with local Mill Managers.

“I have been struck by the level of commitment to the industry by every person involved in Forestry from the Loggers, Drivers, Biologists, Mill Workers through all levels of Management. I have also been surprised by the complexity of how the system works when determining where, when, and what to cut in the various landscape units. The impact from outside forces over which no one has control is a challenge which creates incredible volatility. It will be interesting to watch the evolution as we collectively work towards managing the impacts of climate change on the industry.”

Alberta Northwest Species at Risk Committee (NWSAR) was formed in response to the Government of Alberta’s 2016 Action Plan to recover Boreal Caribou across the Province – and the permanent protection of 1.8 million hectares of land in Northwest Alberta. Since the formation of the NWSAR Committee, the committee members and administration have worked tirelessly to ensure local voices and perspectives are included in higher-level government-led decision-making regarding species at risk recovery planning and policy, and that governments are utilizing the best quality and current socio-economic and environmental datasets, when planning for long-term multi-species management and/or recovery.

“We are very honored to receive this recognition. Our communities, municipalities and NWSAR have an amazing relationship with all aspects of our forestry sector. The initiatives that we have undertaken over the past six years have expanded and grown this relationship. Our forestry sector is critical to keeping and enhancing the quality of life across our region, not just within our communities, but also on the landscape that we are blessed with to call our backyard.”

TELUS is a dynamic, world-leading communications technology company with $17 billion in annual revenue and 17 million customer connections spanning wireless, data, IP, voice, television, entertainment, video, and security. Our social purpose is to leverage our global-leading technology and compassion to drive social change and enable remarkable human outcomes. Our longstanding commitment to putting our customers first fuels every aspect of our business, making us a distinct leader in customer service excellence and loyalty.  The numerous, sustained accolades TELUS has earned over the years from independent, industry-leading network insight firms showcase the strength and speed of TELUS’ global-leading networks, reinforcing our commitment to provide Canadians with access to superior technology that connects us to the people, resources and information that make our lives better. 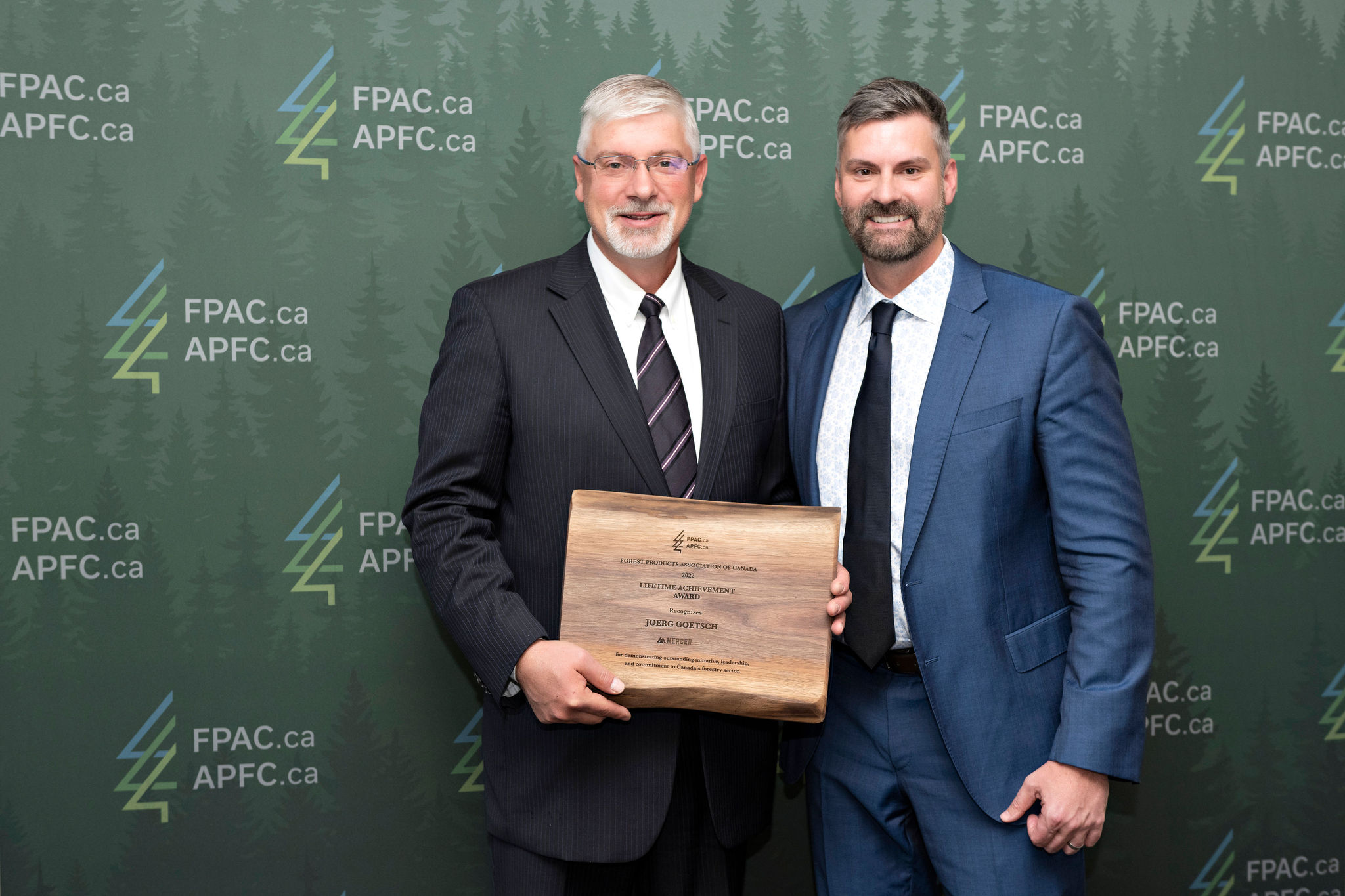 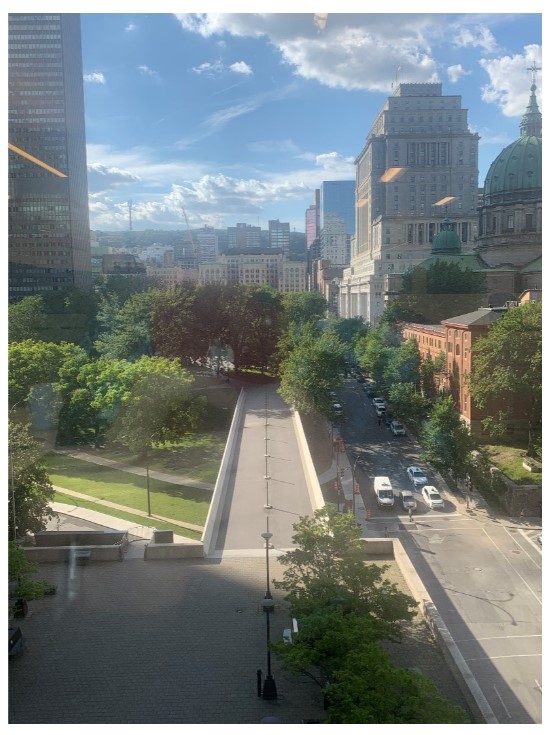 August 25, 2022
Aidan Starosta: All about logistics: FPAC 2022 Green Dream Internship Program
An important part of the forestry industry is logistics. Without the logistics department, mills would not be able to create new products, as the old ones would still be taking up space on the floor.
Read This
View all blog posts